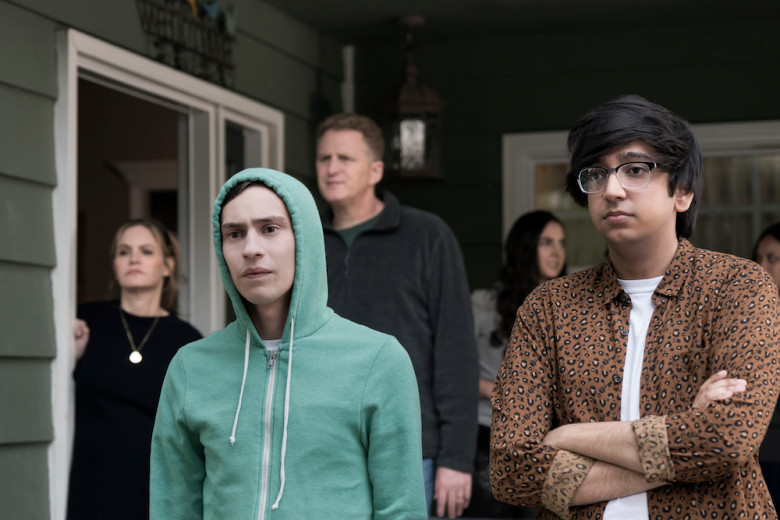 I did it! On a long car ride across Texas, David at the wheel, I managed to sit through the entire first, 38-minute episode, of Atypical, titled Antartica.

Let me start by saying that Atypical is a show about autism. It is not made to be a show for autistic people, despite autism being the main theme of the TV show.

Netflix’s new show Atypical has been creating quite a stir in the online autism community. The story is supposed to be told from an autistic person’s perspective, but many people are upset with the show’s apparent lack of neurodiverse representation both on and off screen.

Autistic advocates were most frustrated over the autistic main character, Sam. Many expressed wishes for autistic characters to be portrayed by autistic actors. As expected, Sam’s character is basically just a DSM checklist of every possible autistic stereotype imaginable.

In the first episode, I am already put off by the complaining from the mother character. Hopefully, she’ll take responsibility for her own actions, stop holding her son back, and quit complaining about how much of a burden autistic people are in future episodes.

We’ll skip past all of the completely unrealistic, WTF moments, such as the “brain donation question”, the “sex with a random older female stranger”, and the illogical “bedroom assault”. (Nothing about that first “sex scene” is even believable.)

Every show needs comic relief and the writers of Atypical have managed to do a great job placing autism front and center as the butt in most of its jokes, because it’s fun to laugh at other people’s difficulties.

Between the poor representation and the bad acting, the first episode of Atypical was one of the most cringeworthy things I’ve come across in a very long time. One was enough. I’ve got no plans to watch another episode any time soon.

What do you think? Did you like Atypical? Should autistic characters in film and TV be played by autistic actors?

Check out the tag #actuallyAtypical on Twitter for more autistic opinions on the show.

This article was originally published on Neurodivergent Rebel.

2 thoughts on “A Neurodivergent View of Netflix’s ‘Atypical’”